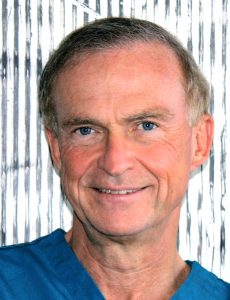 James A. (Jim) McEwen is the principal author of tourniquets.org. He is also the principal inventor and developer of automatic tourniquets for surgery, for pre-hospital use and for blood flow restriction (BFR) applications.

To recognize his invention of automatic tourniquets for surgery, in 2020 he was inducted to the U.S. National Inventors Hall of Fame, joining others including Thomas Edison, Alexander Graham Bell, the Wright brothers, Banting and Best, Nikola Tesla and Steve Jobs. The National Inventors Hall of Fame, in partnership with the United States Patent and Trademark Office, recognizes individuals ‘who hold a U.S. patent of highly significant technology’ and honors ‘the people responsible for the great technological advances that make human, social and economic progress possible.’

Dr. McEwen received the B.A.Sc. and Ph.D. degrees in electrical engineering (biomedical) from the University of British Columbia in 1971 and 1975 respectively. He served as a Certified Clinical Engineer (CCE) until 2010, and as a member of the Institute of Electrical and Electronic Engineers (IEEE). He is a Registered Professional Engineer (PEng).

In December of 2011, he was appointed as an Officer of the Order of Canada for his contributions to biomedical engineering, notably as an inventor and entrepreneur. The Order of Canada is one of the country’s highest civilian honours, and appointment as an Officer ‘recognizes a lifetime of achievement and merit of a high degree, especially in service to Canada or to humanity at large’. He was also a recipient of the Queen Elizabeth II Diamond Jubilee Medal in April of 2012.

In 2016, he received the Dean’s Medal of Distinction from the Faculty of Applied Science at the University of British Columbia (UBC) ‘for outstanding contributions to applied science’. In 2018, he received the Research and Innovation Award from the UBC Alumni Association for his biomedical inventions, for founding several medical technology companies and for establishing the Medical Device Development Centre, an incubator for many more.

Innovations and Development of Automatic Tourniquets

In total, Dr. McEwen has more than 240 patents and patent applications internationally for a wide range of medical devices in fields including orthopedics, anesthesia, ophthalmology, laboratory medicine, surgery, exercise science and rehabilitation.

Dr. McEwen invented the automatic tourniquet system. To date, he and his colleagues have been awarded over 72 patents in the United States, and many more international patents for tourniquet-related technologies. He is the author or co-author of a number of papers on the subject of surgical tourniquets. Almost all modern tourniquet systems that are now used in western countries are based on the tourniquet-related inventions and subsequent developments made by Dr. McEwen and his R&D colleagues. For example, the A.T.S. series of automated surgical tourniquet systems and related products manufactured and sold by Zimmer Biomet worldwide are based on that research and development. Also, he created Delfi Medical Innovations Inc., a Vancouver-based company, to supply specialty tourniquet-related products invented and developed by the same group. Some of those products are now being used widely in pre-hospital settings by paramedics and military forces in the United States, Europe, the Middle East and elsewhere, helping to save both life and limb.  Other Delfi specialty tourniquet products are used in surgery to improve safety and quality, and beyond surgery to enhance and accelerate recovery of soldiers, athletes and others from injuries via personalized blood flow restriction rehabilitation.

Globally, it is estimated that the automatic surgical tourniquets which Dr. McEwen and his team have invented and developed are now used in more than 20,000 surgeries daily in over 40 countries and in many different types of surgical procedures. Worldwide, it is estimated that more than 80 million surgical procedures have been performed to date using Dr. McEwen’s automatic tourniquet technologies and related innovations. Their widespread adoption and use has resulted in significantly improved surgical safety, quality and economy. As a result of the success and widespread impact on the public of his surgical tourniquet-related inventions, Dr. McEwen was awarded the Meritorious Achievement Award from the Association of Professional Engineers of British Columbia and the $100,000 Principal Award for Innovation from the Ernest C. Manning Awards Foundation.

Together with colleagues and friends from hospitals, universities and industry, he was one of the founders, and remains a director, of the Medical Device Development Centre, a successful not-for-profit center for facilitating the collaborative development and evaluation of new medical technologies. He has been an angel investor in a number of new biotech and medical technology companies. His main interests are in advancing the development and evaluation of need-oriented medical technology in order to improve the quality of diagnosis and treatment, and to control the costs of health care. To this end, he has also served as a member of advisory committees of the Department of Electrical and Computer Engineering and the Faculty of Applied Science at the University of British Columbia, at Simon Fraser University, and as an advisor to various medical and engineering student groups and to various student design competitions.

For 15 years, Dr. McEwen served as a Trustee and Vice-Chairman of the Board of Trustees of the Ernest C. Manning Awards Foundation, and in that capacity worked successfully with like-minded individuals to help increase public awareness of the fundamental importance of innovators and innovation to our economy and to our society. To recognize and encourage high school students who overcome adversities to achieve excellence while helping others, he created and funds a number of targeted scholarships and bursaries annually at public high schools. To help advance post-secondary educational programs, he has served on the Board of Governors of the British Columbia Institute of Technology for several years, and to help advance the role of innovation and engineering in the economy he has served on the (British Columbia) Premier’s Advisory Council on Science and Technology.

In his community, he has served as a Chairman of the Board of Directors of the ALS Society of British Columbia, a Society focused on offering more help and hope to those living with ALS (Amyotrophic Lateral Sclerosis or Lou Gehrig’s disease), a fatal disease with a short life expectancy, no known cause, no cure, and few effective treatments at present. In that Society, one of his initiatives was to create a unique design competition to improve the quality of life of those living with ALS, pairing engineering and technology students with ALS patients, caregivers and professionals to collaboratively develop technologies that might offer more help and more hope. He received a British Columbia Achievement Award ‘in recognition of outstanding community service’, and the William Fraser Leadership Development Award from the ALS Society of Canada.